Eldercare » Eldercare Home Health News » Grace and Frankie, The Kominsky Method and other great TV shows for seniors
There are few things more relaxing than kicking back and enjoying a terrific TV show. Especially at the end of the day, as part of your pre-bedtime routine. 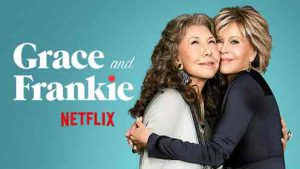 Part of what makes Grace and Frankie, and The Kominsky Method so enjoyable, for many older adults, is that the stars of the shows are actors that viewers remember from their youth, and who are now, themselves, seniors.

It’s about a connection.

Lilly Tomlin and Jane Fonda are terrific in the sitcom Grace and Frankie as two women who are forced to put their differences aside when they find out their husbands are having an affair. The show also stars Martin Sheen and Sam Waterson as their gay, ex-husbands.

And, while you may think this a show just for “the girls”, the truth is, a lot of guys seem to enjoy it too.

You can stream all seasons of the Grace and Frankie on Netflix.

The Kominsky Method on Netflix Starring Michael Douglas as the well-known, but cantankerous acting coach Sandy Kominsky and Alann Arkin as his super successful agent, the Kominsky method is equal parts; the reality of life, coming to grips with getting old, and hilarity.

Arkin and Douglas are the perfect compliment to each other. 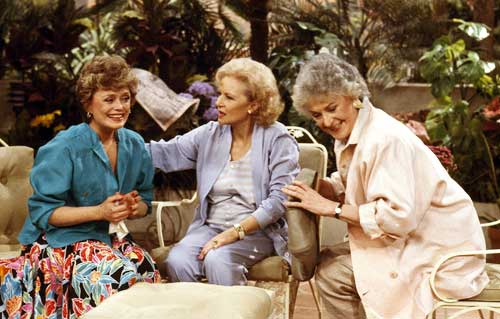 Looking for something a little less edgy, more classic sitcom?

Aired: 1985 – 1992
The Golden Girls is a hilarious and bright American sitcom that features four Southern Florida seniors and their exciting adventures as friends. The Golden Girls can be streamed on Hulu ($5.99 per month) or Amazon Prime. 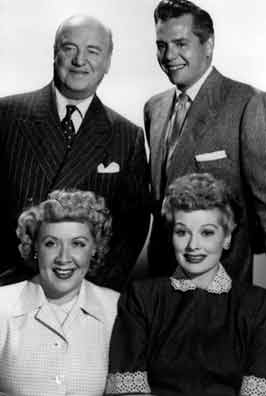 Speaking of classics, it would be tough to beat the original I Love Lucy, staring Lucille Ball as Lucy Ricardo

Aired: 1951 – 1957
The comedic sitcom stars Lucille Ball as Lucy Ricardo, a charismatic housewife who attempts to break into show business. Full episodes of I Love Lucy can be found on Hulu and cbs.com.

Can’t get enough of Lucy and Ricky? Check out the Long Long Trailer on Amazon Prime Video! 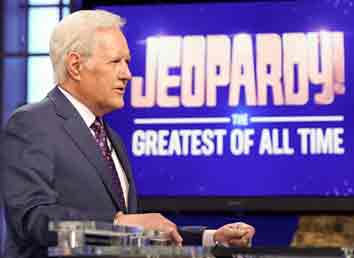 Looking for something more challenging than a sitcom?

Check out Jeopardy, where contestants test their knowledge in a whole range of topics as they go head to head for winnings!

Created by Merv Griffin, the talk show host and media mogul (1965 – 1986), Jeopardy is a fun, exciting way to spend a little TV time – especially if you get involved trying to beat the contestants, or a family member!.

New Episodes are still being aired and older episodes are available to stream on Netflix and Hulu. 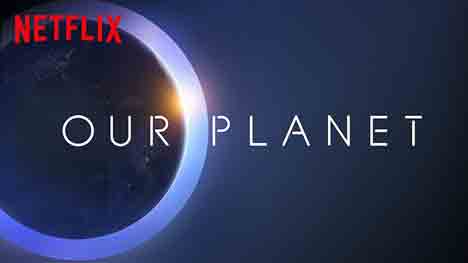 Aired: 2019
Looking for a spectacular look at our world’s natural wonders? Check out the Emmy Award winning, documentary series Our Planet, narrated by David Attenborough on Netflix.

So, there you have it, a selection of great tv shows for seniors. Enjoy!

A quick note on the “Pre-bedtime “routine mentioned earlier. Generally, the thinking is that we should not be watching TV while we’re in bed. The bed is for sleeping not watching the “tube”. Likewise, you shouldn’t be watching “screens” immediately before bed – especially cell phones etc. that also may require you to interact with emails, texts etc. which are the opposite of relaxing and winding down – what you want to be doing before bed.