I was reading a review of a book about blood - Nine Pints, by Rose George - when I suddenly was struck by how astounding your body and mine really are.

Just the “engineering” of your body boggles the mind. I don’t think there’s ever been a machine or structure that works as efficiently or can self-maintain itself the way your body does. So I began asking myself questions.

The answers will surprise you, perhaps amuse you and certainly give you some small-talk for get-togethers. 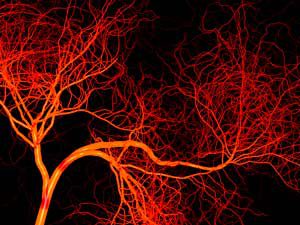 Blood vessels in your aging body

What distance would all the arteries, veins, capillaries and even tinier blood vessels in your body reach?

How much blood does your heart pump in a lifetime?

About 44,000,000 gallons in an average lifetime – enough to fill three supertankers!

How many times does your heart beat in a lifetime? 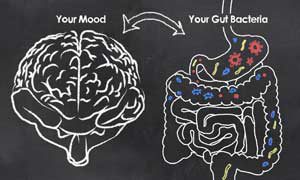 2 brains are better than one!

How many brains does your body have?

How many neurons are there in your brain?

You’ve got about 86 billion neurons in your noggin. That’s almost as many – by one estimate – as the number of stars in our galaxy, the Milky Way – about 100 billion. Imagine how busy they are while receiving, processing and transmitting incoming information and forming neural networks to enhance your brain power!

How many hairs are on your head?

How long does your hair grow in a lifetime?

Xi Quiping of China had the world’s longest uncut hair, recorded back on May 8, 2004, at 18 ft., 5.52 inches, according to the Guinness Book of World Records.

How many taste buds are there on your tongue?

You’ve got around 2,000-8,000 taste buds on your tongue itself, according to Encyclopedia Britannica. Some sources say fewer, some say more. But there are about 10,000 on your tongue, lips, cheeks, palate and esophagus. And you thought your tongue had all the fun! Sad to say, after age 60, the number of taste buds declines and each of them shrinks. So our sensitivity to flavours as seniors really diminishes. 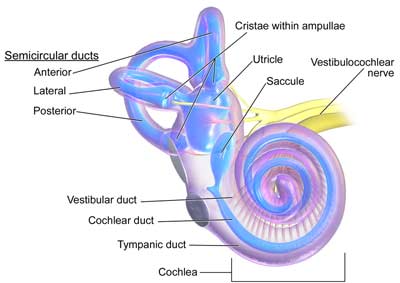 As you age, why does your hair sometimes stop hearing?

Well….kind of your hair. Your ear is actually a very complex structure. Inside your ear – in the cochlea – there are hair cells that ride the sound waves, bend, and ultimately convey an electrical signal to your brain. The trouble is, as you age, your ears are exposed to a never-ending barrage of loud and prolonged noises. The cumulative effect is that over time, these loud and prolonged noises damage the sensory hair cells in your ears. The high sounds tend to go first, which is why we older men are forever shouting, “Wh-a-a-a-a-t?” to our wives (see my blog post on how amazing it was to get hearing aids). We can hear them, but the sharp edges are muffled. There’s not much we can do to prevent this, because we can’t rewind our life and stay away from those destructive sounds. Of course, we can compensate for the problem with hearing aids, which I’ve done to my great joy.

How long can fingernails grow?

The world’s record-holder for total length of fingernails on one hand cut them after growing them for 66 years. The combined length of all the fingernails on that hand was 29 ft. 10.1 inches! Nail biters need not apply.

The nails on your dominant hand. The one on the longest finger grows fastest of all. And believe it or not they grow faster during the day and in summer! Not only that, but fingernails grow four times faster than toenails That’s good news to me, as a senior. It’s much harder to reach my toenails to clip them!

How much does your body shrink as you age?

Men shrink about an inch between ages 30 and 70. Women: as much as two inches. After 80, men and women may lose another inch. When I was young, I was about 6 ft., 2 ½ inches tall. Now, if I stretch, I can make 6 ft., 1 inch. Why do we shrink? There are a number of contributing factors. Shrinking cartilage between the spinal segments. Osteoporosis that weakens bone and makes it more likely to fracture, which can lead to shortening. Even loss of lean muscle mass, called sarcopenia, and slouching. Can we seniors fight off shrinkage? Yes, with better nutrition, exercise, conscious avoidance of slouching, limited use of alcohol and coffee, not smoking and by avoiding extreme diets and steroids. 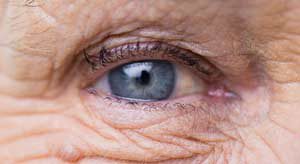 We all have a blind spot in each of our eyes

Do you have a blind spot in your eye?

We all have a blind spot in each eye because there are no optic receptors where our optic nerve connects to the retina. Without this connection, we wouldn’t be able to see. The blind spot is left of centre in our left eye, and right of center in our right right eye. Try this amazingly simple and quick test to find your blind spot.

Can you really hear a pin drop?

Sound is measured in “decibels.” There is a scientific definition called “the hearing threshold”  – 0 decibels (dB) loudness, at 1000 kHz. KiloHertz is a measurement of how high or low a sound is. A pin hitting a hard surface from a height of 1 cm, heard from 1 meter away, makes a 15 dB noise. Sounds above 85 dB can cause hearing damage. No wonder we don’t like the 85dB noise of a passing diesel truck or a snowblower. As for rock bands – you might as well listen to a jackhammer – both are about 110 dB!

How long are your intestines?

On average, just under 28 feet. That’s about the length of two Toyota Corollas, parked nose to tail. The time it takes for food to pass through your digestive system varies among individuals and among men and women. In a Mayo Clinic study, it averaged 54 hours – a little over two and a half days.

How many people can roll their tongue lengthwise?

From 65% to 81%! Although widely thought to be a genetic trait, research has shown that rolling the tongue is also a learned skill. You may want to think twice before investing the time to master this skill – It’s not like it’s going to make you any money.

Bat man? Yes. Many sightless people can navigate by sound

Many sightless people can navigate by “echolocation” – the same way bats “see” in the dark. Echolocation in humans is a learned ability to hear echoes of sounds they make and how those sounds bounce off various objects – from stomping their foot to tapping a cane to clicking their tongue. Studies have shown that the blind not only learn to distinguish sound better than the sighted, they also recruit the occipital part of the brain (where sight is processed) to echolocate. One study revealed that people who are blind seem to compensate with experience for the decline in inter-aural hearing as they age.

How long can a person hold his breath?

The Guinness World Record for holding your breath underwater – after inhaling pure oxygen for 30 minutes – is an amazing 24 minutes, 3 seconds! The free-diving record, without an oxygen preload, is 11 minutes, 35 seconds. Most people can hold their breath underwater for 1-2 minutes, depending on their size, age and health. 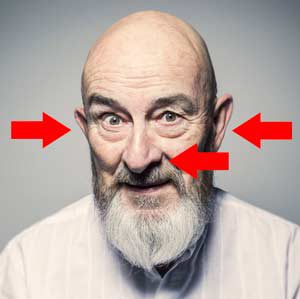 How long is the longest neck in the world?

The longest neck recorded is 15.75 inches – Guinness World Records again.. From childhood, women of the Padaung or Kereni tribe of Myanmar were traditionally fitted with successive rings of copper to stretch their neck. Such a long neck becomes too weak to support the head without the copper rings, so they are never removed.

How big can feet grow?

How fast is a sneeze?

Okay, here’s a bit of a gross-out. Armchair science long has said a sneeze hits 100 mph and can fling phlegm 30 feet from you. The TV show MythBusters put that to the test. The best its testers could achieve was  39 mph and phlegm that flew 17 feet. That’s the width of a fairly large room; look out!

So there you have it. Just a few of the amazing facts about our aging bodies.

Rejoice in your body!

Really, even if your body is getting a little old and creaky, it’s still a marvel!